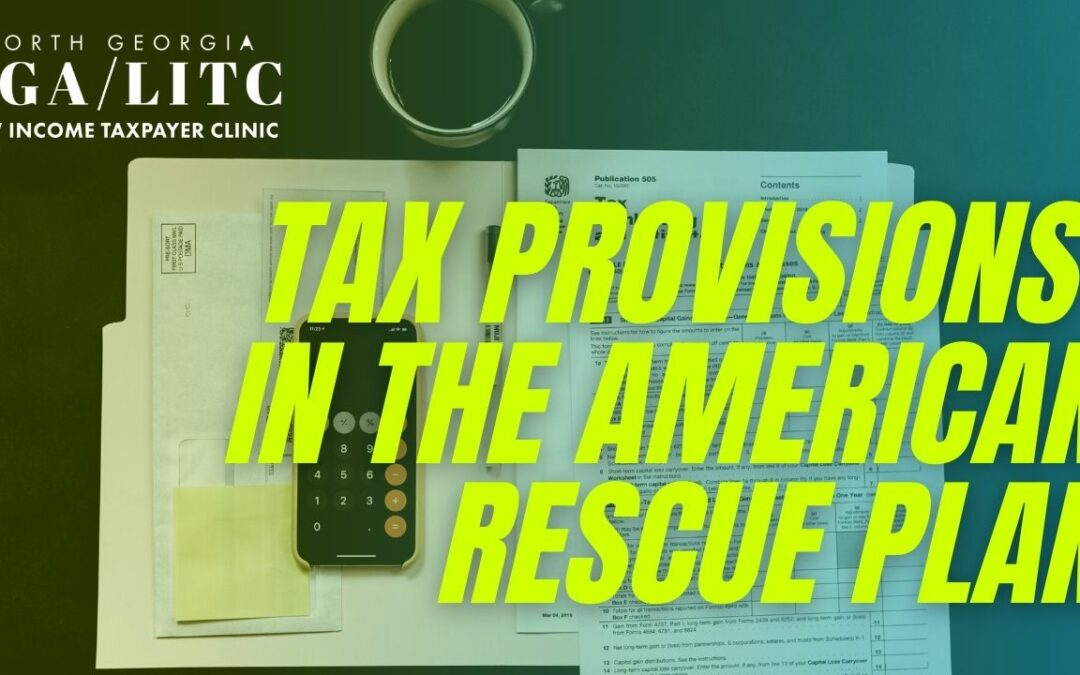 The bill is enormous, and it contains a whole bunch of different tax changes. Today, we’re going to be covering a set of five provisions in the bill that haven’t gotten as much attention as the stimulus payments or unemployment benefits but are still important.

Number one, the bill expands the Child and Dependent Care credit for 2021. Both the maximum amount of the credit and the income limits have been increased, meaning that, for this year, the credit will be more generous and available to more people. This expansion is on top of the huge increase to the Child Tax Credit that we discussed in our prior video and provides even more assistance to low-income families with children.

Number two, the bill increases the Earned Income Credit for low-income individuals and married couples without children. It also increases the phaseout threshold, lowers the minimum age, and eliminates the maximum age on the credit, meaning that many more people will qualify. Previously, the EITC had been very limited for childless filers. However, the American Rescue Plan already gives a lot of new money to tax households with children through the expanded Child Tax Credit and Child and Dependent Care Credit. Increasing the EITC spreads a smaller amount of benefit out to low-income households without kids.

Number three, the American Rescue Plan also provides relief for many small businesses. It creates a new fund called the Restaurant Revitalization Fund that will pay grants to food and beverage establishments who have struggled throughout the pandemic. It also expands and extends the Paycheck Protection Program and Economic Injury Disaster Lon parograms and provides specifically that advance EIDL amounts and Restaurant Revitalization grants are not considered taxable income. Finally, the bill extends employment payroll tax credits available to small businesses for the costs of providing paid sick and family leave to their employees.

Finally, number five, the American Rescue Plan provides that student loans discharged for any reason between 2021 and 2025 will not be considered taxable cancellation of debt income. This is important for individuals whose loans will be forgiven, but who would not have fit into one of the existing exceptions from tax, but it also removes a major logistical obstacle to general student loan forgiveness plans currently being considered both by the president and in Congress.

I know that’s a lot of information, but there’s a lot in that bill and my cat will only cooperate for so many videos! If you need help with tax issues and can’t afford to hire a lawyer, please give us a call. And, make sure to watch the rest of our videos on the American Rescue Plan and like and subscribe to our pages!